Biggest draw Recorded in the Last Six Months as IRCC Invites 3900 Express Entry Candidates in the Latest Draw to Apply for Permanent Residency in Canada!

Biggest draw Recorded in the Last Six Months as IRCC Invites 3900 Express Entry Candidates in the Latest Draw to Apply for Permanent Residency in Canada!

The latest draw which held yesterday, the 2nd of October is deemed to be the largest invitation recorded so far in the last six months. A record-breaking number of 3900 candidates were invited to apply for PR.

Every candidate who got an invitation must have scored a minimum CRS score of 464.

The latest draw which held yesterday witnessed an increase in number (300) from the usual 3,600 invitations which had always been the norm in recent months. The last time 3,900 candidates were invited was the draw which held on the 23rd of January, 2019.

The deciding rule for yesterday’s draw was determined on the 20th of September, 2019, at 15:05:04 UTC. So, every applicant who has a profile in the pool before this date, and whose score was on or above 464 received an invitation in yesterday’s draw.

Are you wondering what Express Entry means? It is the primary immigration program of Canada, through which skilled eligible workers are invited to live, work, and contribute their expertise to the growth of the Canadian economy.

Applicants who register their profile with the system are selected based on a Comprehensive Ranking System score. The principal factors which determine the candidate’s score are age, education, English or French proficiency, professional work experience, affiliation with Canada, among others.

To apply for the program, candidates do not require a job offer, but having one can stand as an added advantage.

The draws take place regularly (average interval of 2 weeks), and a minimum CRS benchmark is set per draw. Applicants who meet such cutoff are invited by the IRCC to apply for permanent residency in the country. 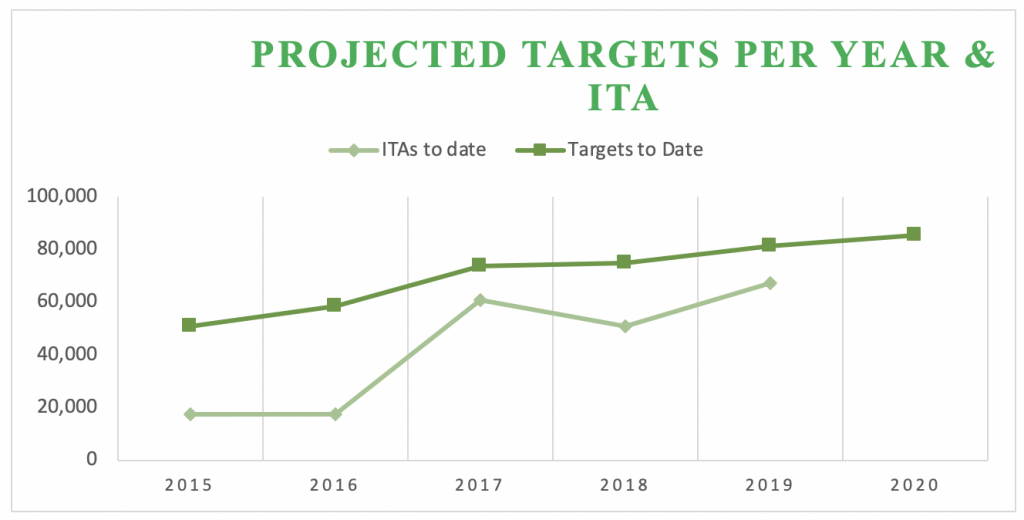 Still in doubt? Then, Check your eligibility to migrate to Canada from Dubai

It is no surprise, though, if the IRCC goes beyond this target because of the increase in admission for 2019 and 2020.

Recently, the provincial nomination programs have witnessed several adjustments with new occupations being incorporated. Therefore, the increase in today’s cutoff might not be unconnected with a higher number of candidates in the pool getting a provincial nomination (additional 600 points).

“It has always been the dream of every applicant to see the number increased, and 3,900 invitations is a positive move. However, I also hope to see a drop in the score within the remaining draws of the year.” – Anthony, Senior Marketing Coordinator at DM-Consultants, a Canadian Immigration Consulting firm in the UAE.

Consult the ideal immigration companies in Dubai today for your immigration assessment to Canada and Australia.